Autotune automatically finds the winning variant for you among a group of candidates, optimized for a metric of your choice.

Autotune executes a Bayesian multi-armed bandit algorithm to find a winning variant that optimizes for a target metric. At a high level, the multi-armed bandit algorithm works by adding more users to a treatment as soon as it recognizes that it is clearly better in maximizing the reward (the target metric). Throughout the process, higher performing treatments are allocated more traffic whereas underperforming treatments are allocated less traffic. When the winning treatment beats the second best treatment by enough margin, the process terminates.

When to use Autotune#

The main advantage of using Autotune over a regular A/B test is that Autotune generally terminates earlier than an A/B test because it requires a much smaller sample size. Autotune also suffers from fewer mistakes than A/B testing. A balanced A/B test sends 50% of traffic to each group whereas Autotune sends lesser and lesser traffic to the losing treatment. However, you want to weight the advantage of using a smaller sample size against a possibly higher false positive rate with Autotune. Statsig recommends using Autotune in the following scenarios:

How to use Autotune# 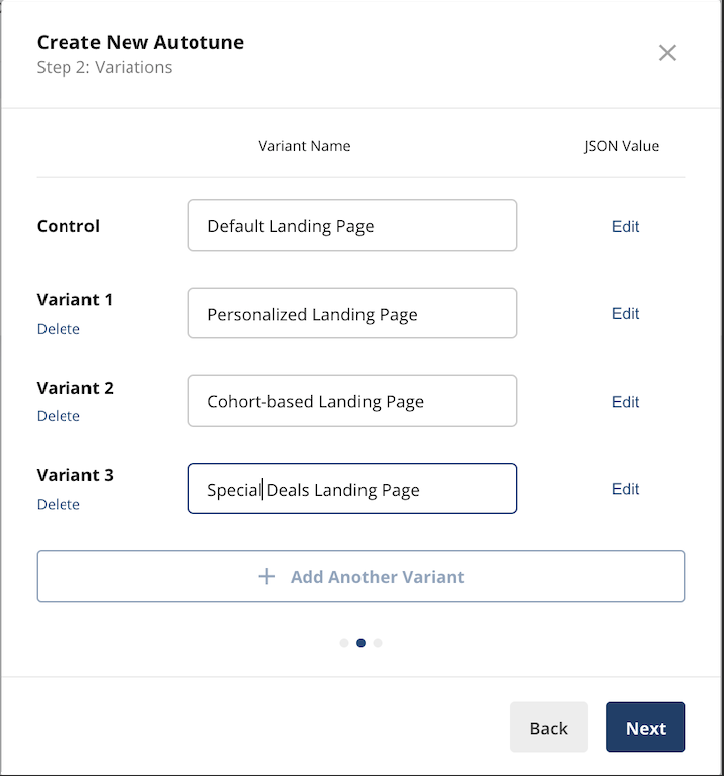 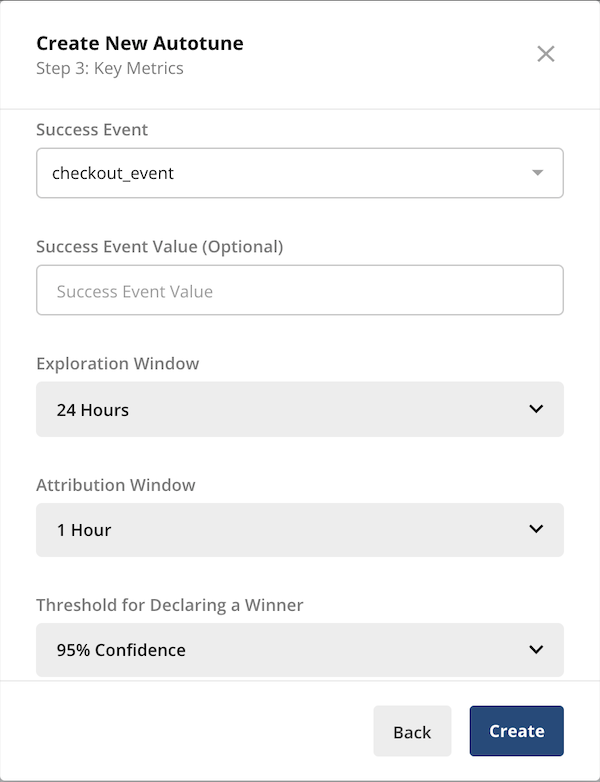