Holdouts measure the aggregate impact of multiple features. A "holdout" is a group of users that are held back from a set of features to measure the aggregate impact of this feature set. While each A/B test or experiment you run compares control and test groups for that feature, a holdout compares a ‘global’ control group with users who have been exposed to a subset of the features.

How to use Holdouts​ 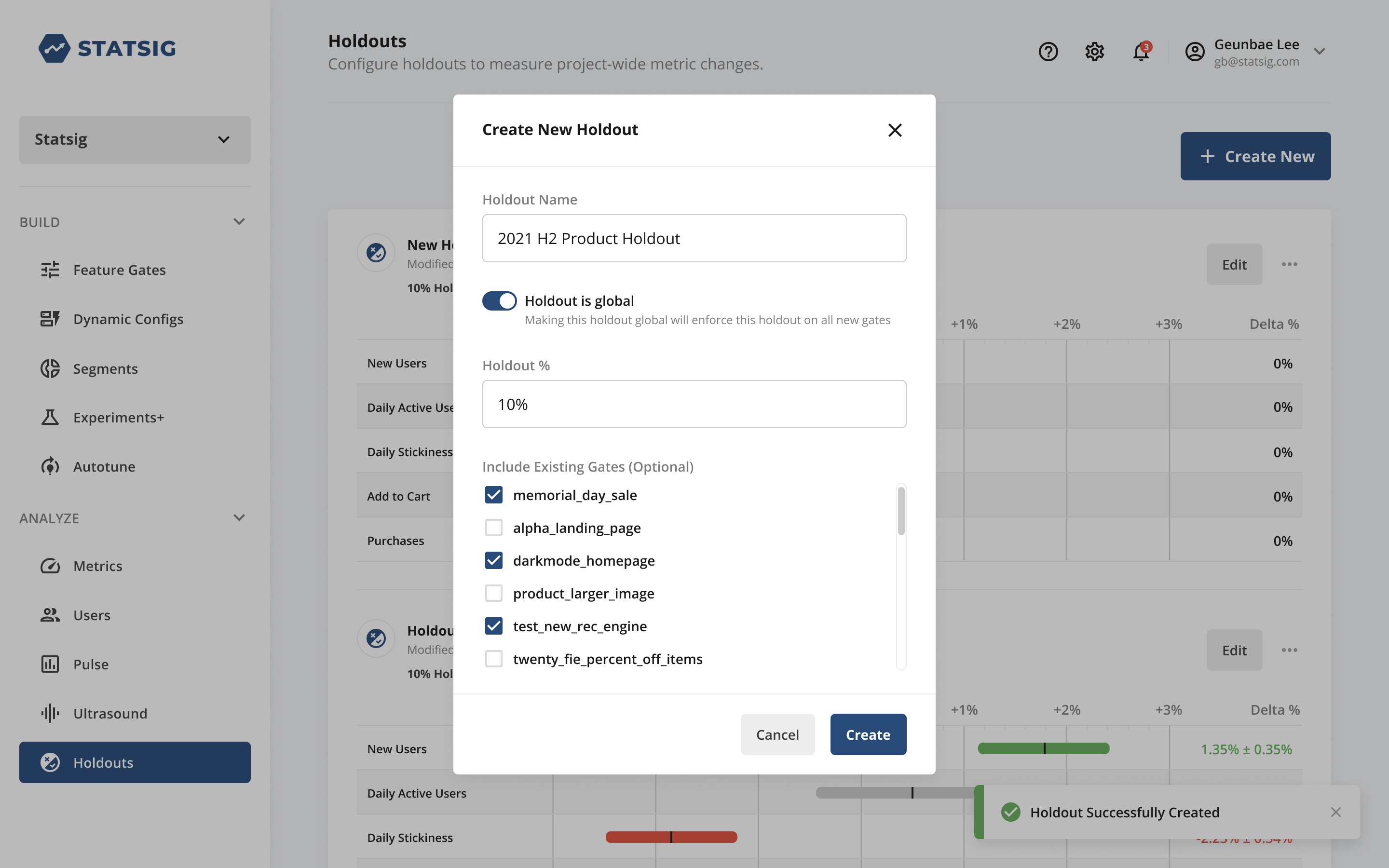 How to read Holdouts​

The Metric Lifts section shows the comparison of Not in Holdout vs. In Holdout. In other words, it represents the cumulative impact of launched and active experiments and gates relative to the Holdout group, which doesn't see any of these changes. In the example below, the new features are having an overall negative effect on many metrics. 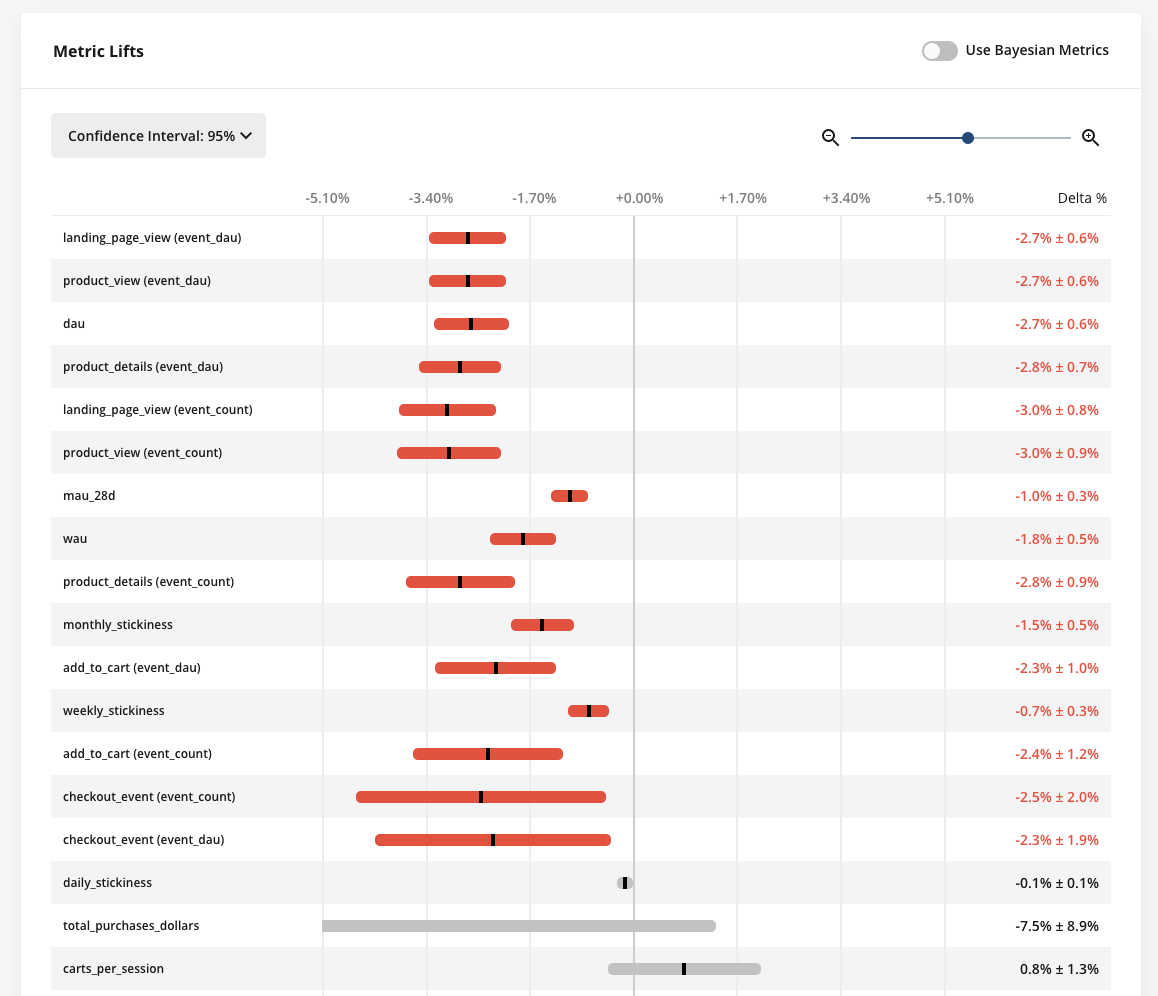 By default, holdouts are based on User ID. To use a different ID type, select it from the drop down menu during the holdout creation. Note that holdouts can only be applied to Experiments and Feature Gates that use the same randomization unit. If a team plans to run experiments on both User ID and Stable ID, two separate holdouts are required to evaluate the cumulative impact of each type of experiment. 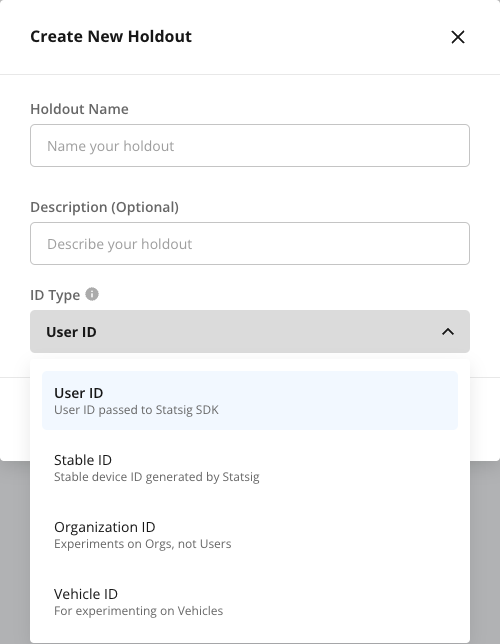