You can create a custom funnel metric, from either the Custom Metrics creation wizard in the Metrics Catalog or via the Charts tab. 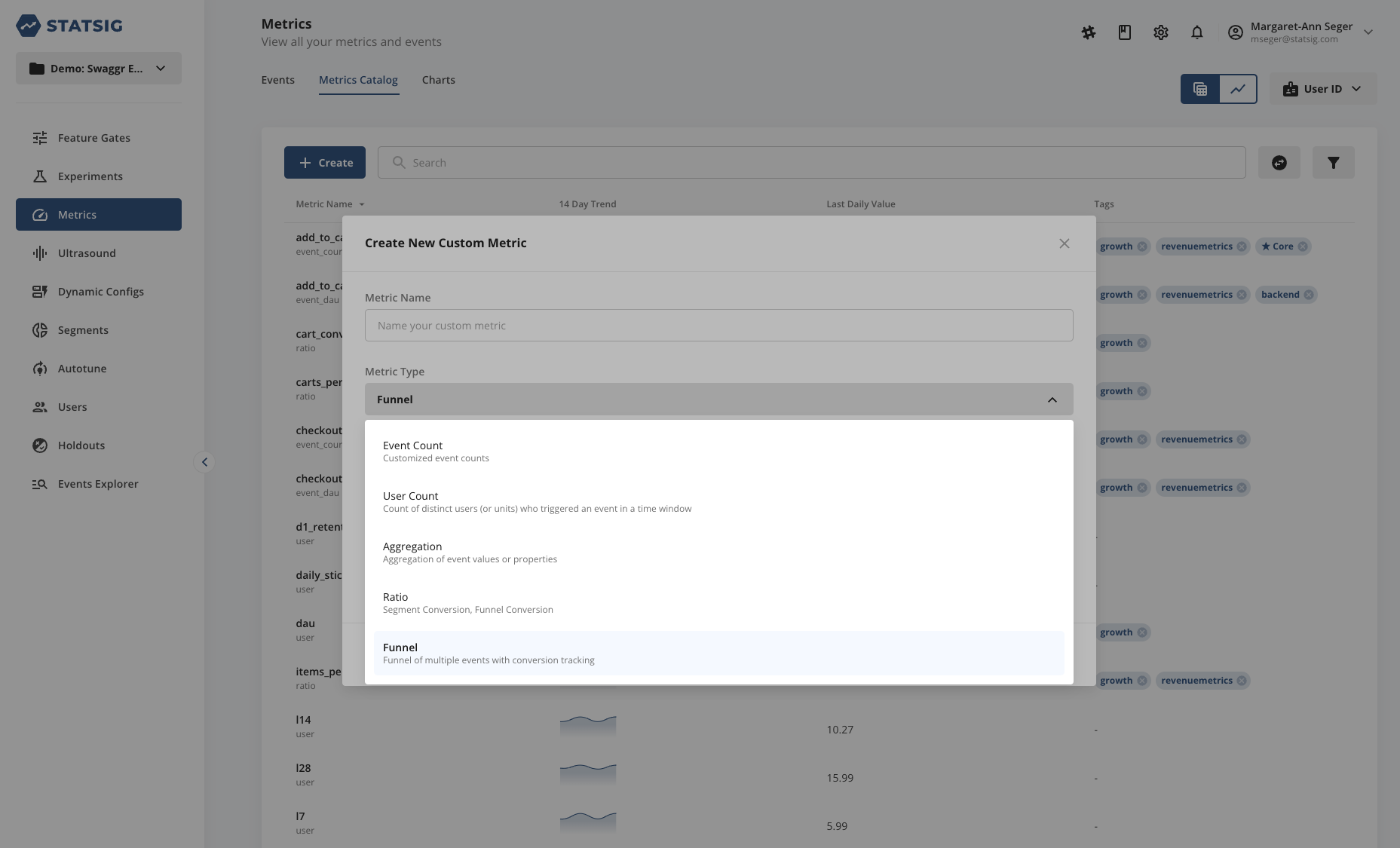 Funnel metrics have a few components: 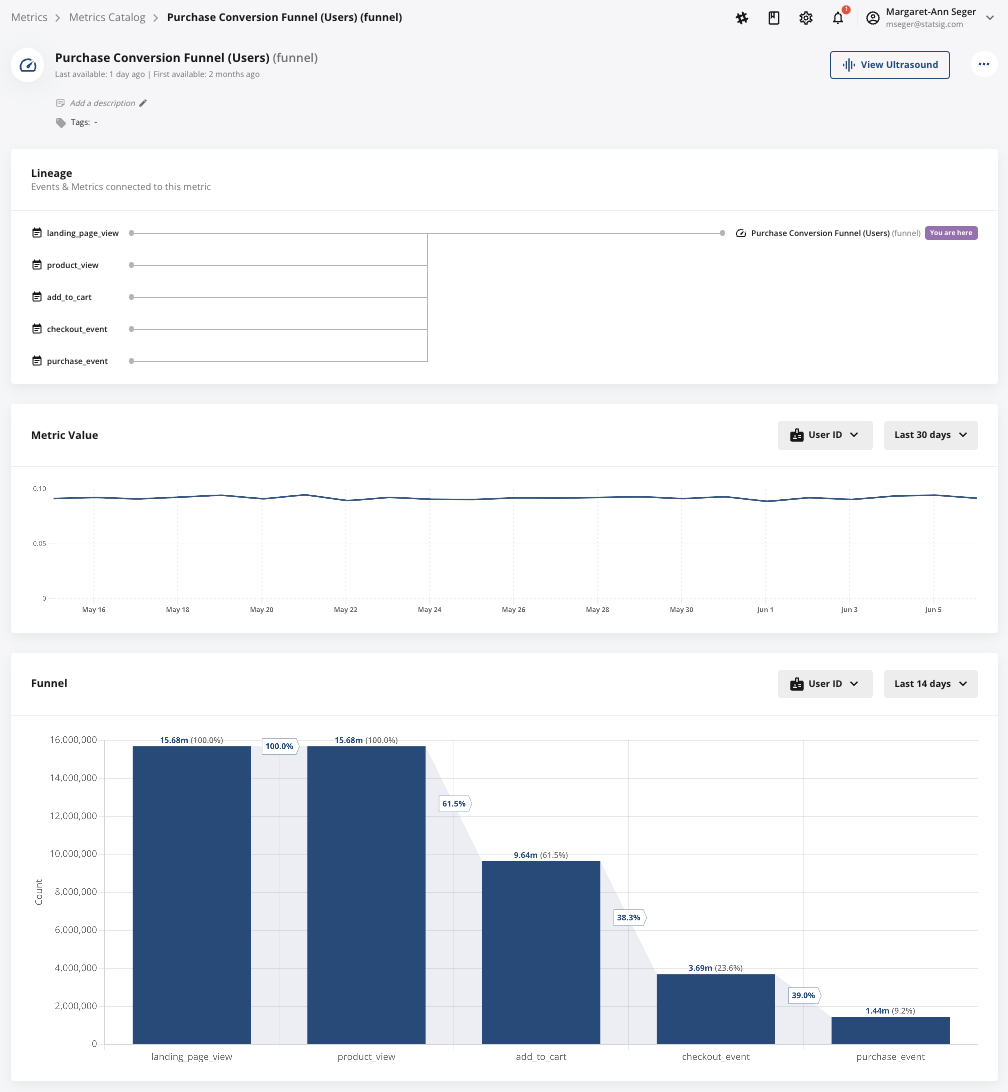 After funnels are created and populated, you can view your funnel metric much like any other metric in Pulse. Additionally, you can expand the funnel metric to view Pulse performance at each step in the funnel.

In the example below, the Square variant shows a lift in the overall funnel conversion rate. Expanding the metrics to examine the entire funnel reveals two key insights: