What is a holdout?​

With Statsig, creating and managing a holdout is nearly automatic. With just a few clicks, you can create a new holdout, update existing experiments to respect this holdout, and ensure all new feautures hold out the same set of users! Let's take a look.

How do I create a Holdout with Statsig?​

Statsig has a separate tool just for this called "Holdouts" (what a name!). Start by navigating there. 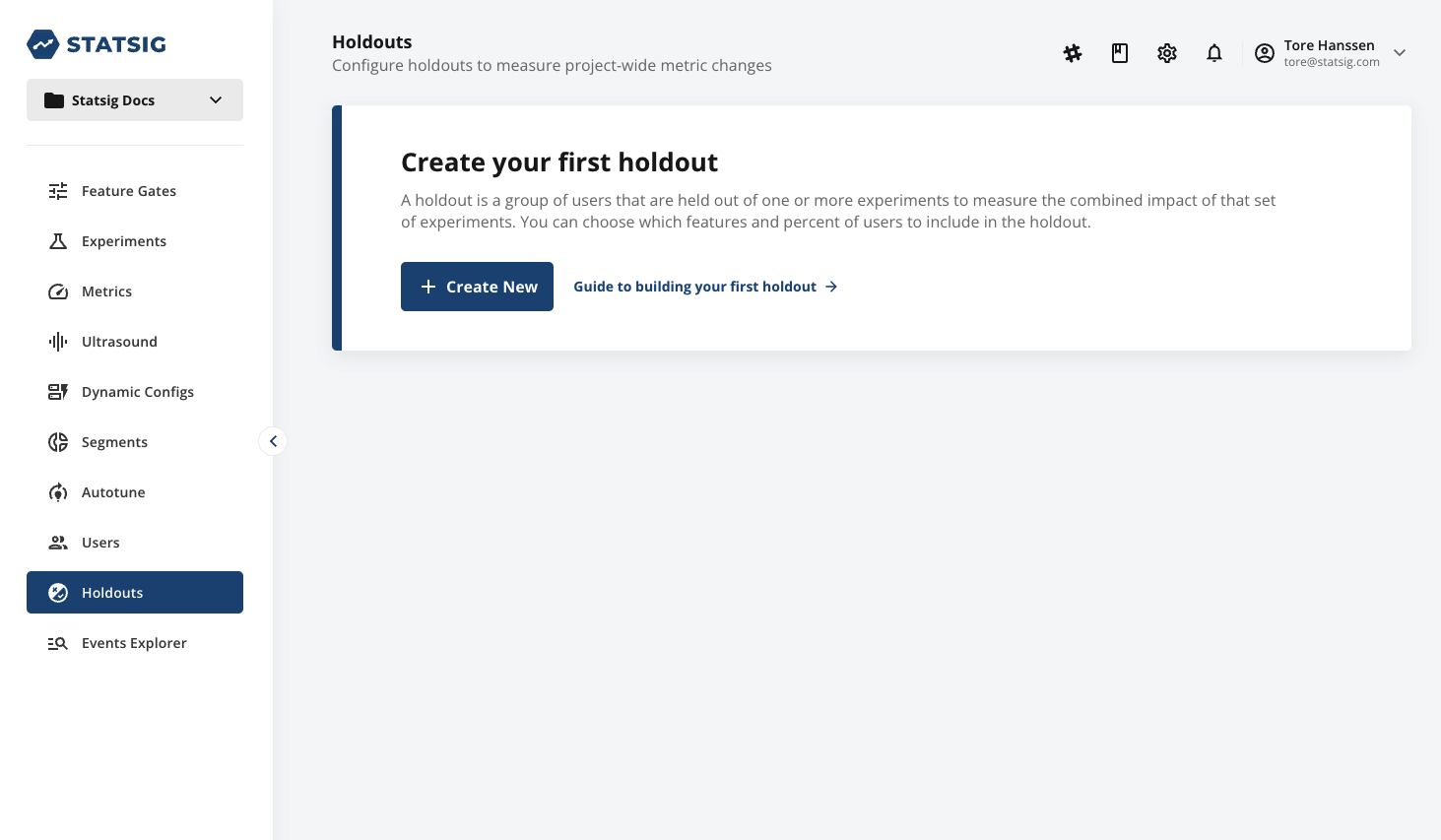 Next, click "Create New", and fill in the name/description, as well as the ID type for the holdout 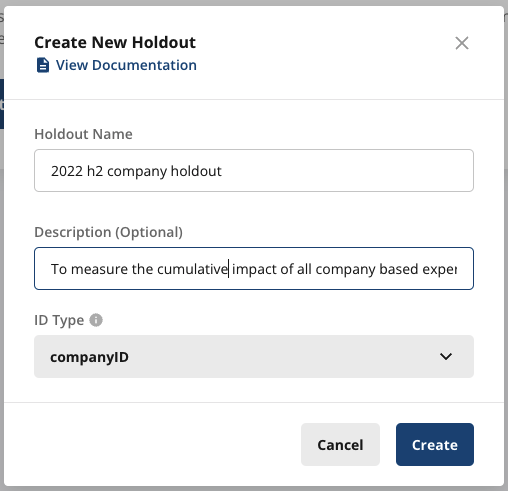 Fill out the resulting form and click create. Then, you will be landed on the setup tab to complete your holdout configuration:

Click Save Changes to finalize the setup, but you can always come back and add new gates/experiments to the holdout later if you need to. When you looking at a Feature Gate or Experiment that has a holdout applied to it, the holdout will show at the top like this: 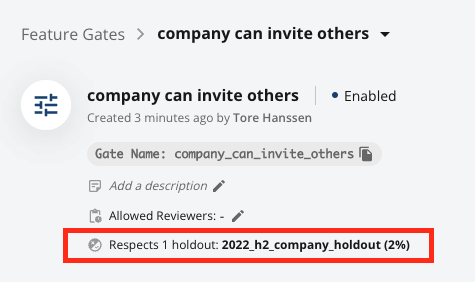 How can I analyze my holdout group?​

In order to actually analyze a holdout, you would need to collect data over a long period of time. Don't worry - we have some demo companies set up which have been using Statsig for a while. Let's take a look at one of their holdouts. 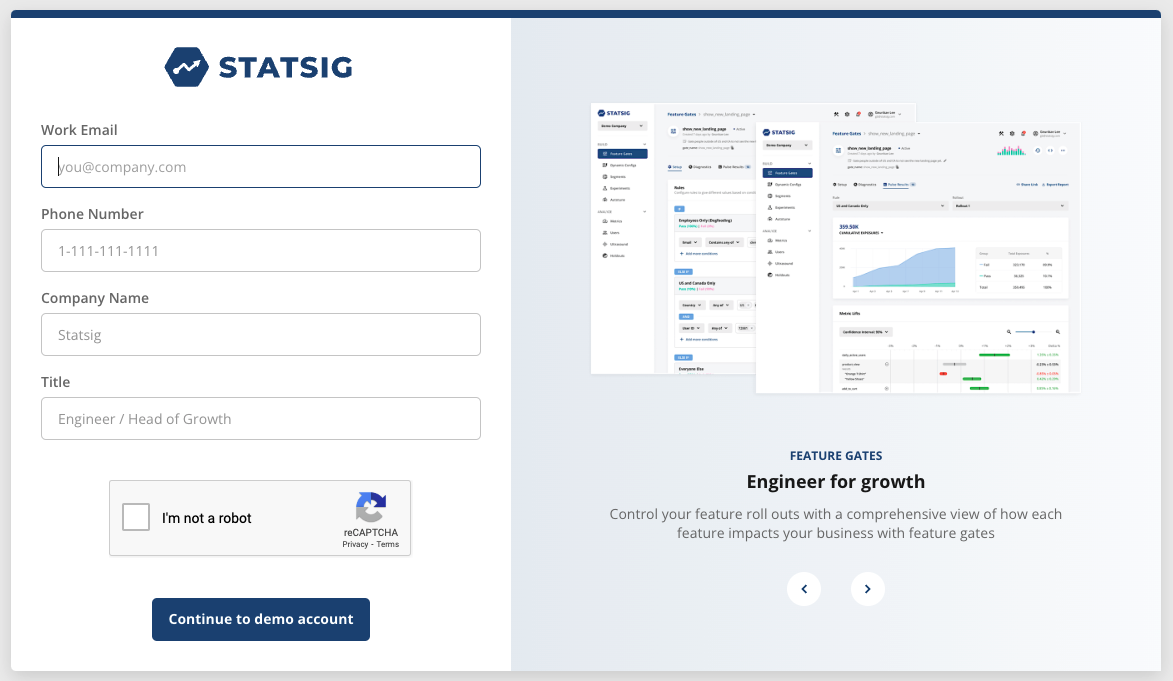 This will land you on the "Demo: Swagger Exclusive Retail" company.

Step 2. Navigate to Holdouts and select the "Frontend Team Holdout" 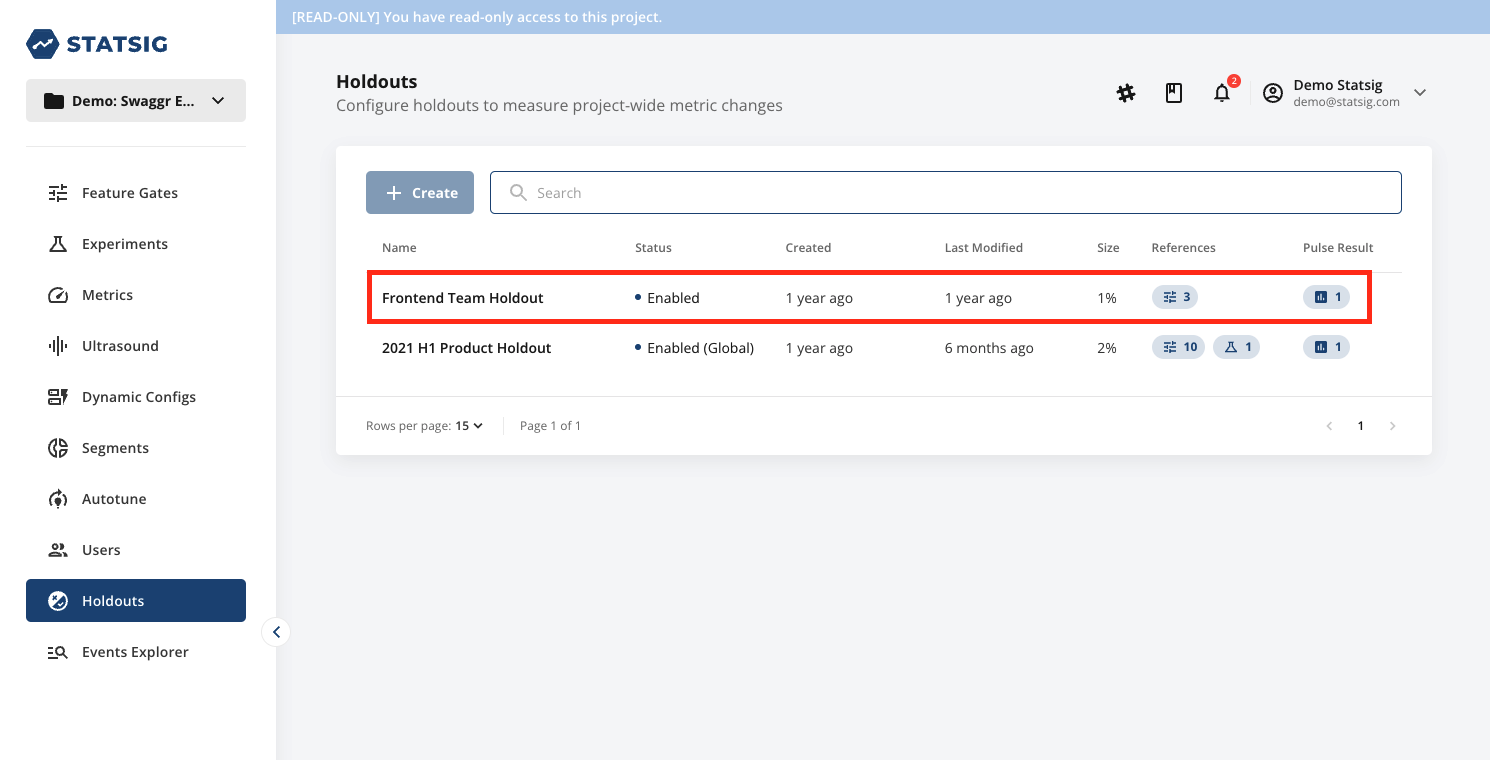 Step 3. You should land on the "Results" tab. Now you can analyze the impact of the set of features that respect this holdout together vs the holdout group. In this case, the changes the front end team has been making have moved a number of metrics in the conversion funnel! 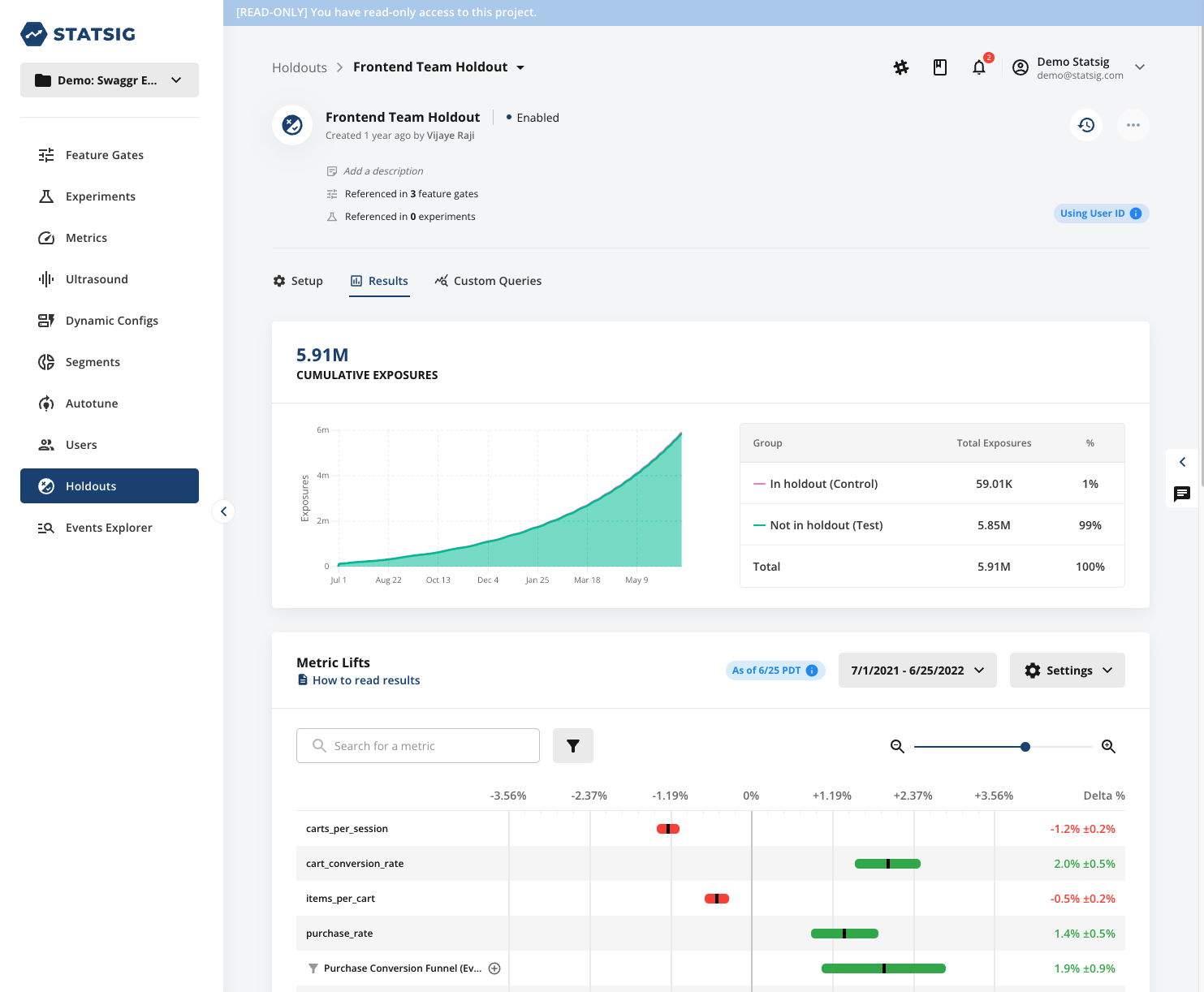